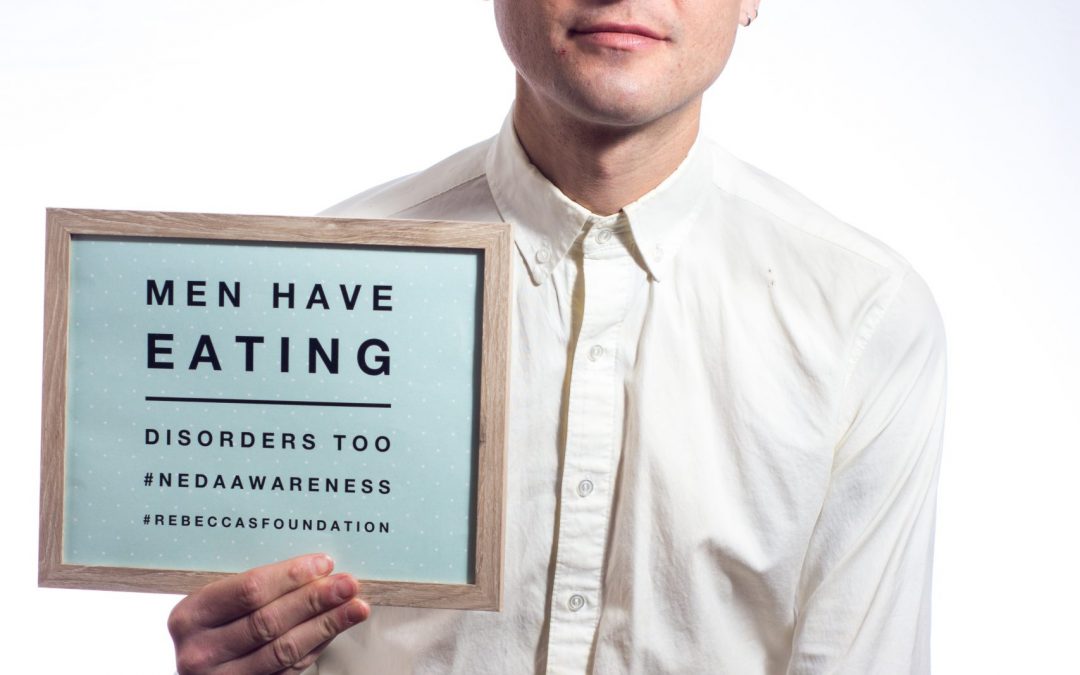 When you hear of someone with an Eating Disorder, do you usually think of a pale under nourished frail woman or a sad depressed chubby housewife? Maybe you think of someone famous like Princess Diana or Karen Carpenter? Whatever the image is in your mind, it isn’t usually an excessively muscular man or an average looking boy in skinny jeans.

Men and boys have been suffering from Eating Disorders and Disordered Eating behaviors just as long as females. Let’s look back in history at English physician Richard Morton. In 1689, he published one of the first case studies on anorexia. His description of the disease was, “Phthisolgia: Or a Treatise of Consumptions,” a syndrome involving loss of appetite and extreme fasting without any evidence of known disease. The case involved two patients, one female and the other male. Morton’s study of the male highlighted the heaviness the 16-year-old felt to be a “good provider” and achieve success for his family. Morton’s advice was to move to the country, take up riding, and drink a lot of milk. Not entirely different from luxury rehabs today.

Robert Willan was an English physician based in London. His research in the 1800’s was mainly done on males. His paper “A Remarkable Case of Abstinence,” was published in the Medical Communications in 1790. It describes the case of a young Englishman who died in 1786 after fasting for 78 days. Although fasting for religious purpose is highly regarded, I have to question if at some point the “mental obsession” (as we call it in recovery) gets triggered. A mental obsession is an inappropriate cause of marked anxiety. Compulsions are defined by repetitive behaviors or mental acts that the person feels driven to perform in response to an obsession, or according to rules that must be applied rigidly. Unlike drug and alcohol abuse, where the person feels a lack of control, some eating disorders (anorexia for example) give the false illusion of control over something bigger. The obsession of control starts to feel like a great achievement and a false but dangerous sense of pride.

Men have always had the pressure to be the “hunter,” and be “in control.” For centuries we have heard the tales of heroes like, Heracles, Superman, and James Bond with masculine physiques, take charge attitudes, and super powers to woo the ladies. It is no surprise men are suffering from similar body image bullshit, as women. Have you looked a Ken doll?

5. Additionally, prevalence of eating disorders in males is greater than estimated because men are often too stigmatized to seek treatment for “women’s problems.” (Cohn, 2013)

6. Despite popular beliefs, eating disorders have never been   “women’s diseases,” and professionals in the field are realizing this fact more and more (Cohn, 2014).

7.The earliest case descriptions of anorexia nervosa by Richard Morton in 1690 included cases of a man and a woman (Andersen, 2014).

8. Media objectification and sexualization of males is just as rampant as for females (Cohn, 2013).

9. A high percentage of comorbid conditions exist for males in treatment, such as excessive exercise, poor body image, and issues with sexuality (Weltzin, 2014 )

10. Attention to gender dynamics is critical in the process of treatment (Bunnell, 2014).

Men are less likely to seek treatment for eating disorders because of the perception that they’re “women diseases.” Eating disorders are addictions and just like other addictions there is no discrimination between gender, nationality or age, in my opinion. Addictions are deadly diseases that take shape in many different forms. An eating disorder can be someone’s drug of choice. The good news is that there are solutions, and no one has to suffer alone. Help is always available at info@rebeccasfoundation.org.

1. Focus on the qualities in yourself that you like that are not related to appearance. Spend time developing these capacities rather than letting your appearance define your identity and your worth.

2 .Expand your idea of “masculinity” to include qualities such as sensitivity, cooperation, caring, and patience, having feelings, being artistic.

3. Be Patient! The path to recovery involves many emotions and setbacks and it can be a long journey. It is important to be as calm and patient as possible throughout the recovery process and to remain as supportive as you can.

4. Be aware of the negative messages you tell yourself. For example, if you start giving yourself a message like, “I look gross,” substitute a positive affirmation, “I accept myself and my body.”

6. Build healthy recovery tools. Whether that is a Twelve Step program, one on one therapy, or talking to a trusted mentor, build a plan for recovery. Have a healthy goal you want to achieve in recovery. Create coping tools so that you can achieve your goal. Stay accountable to someone else.