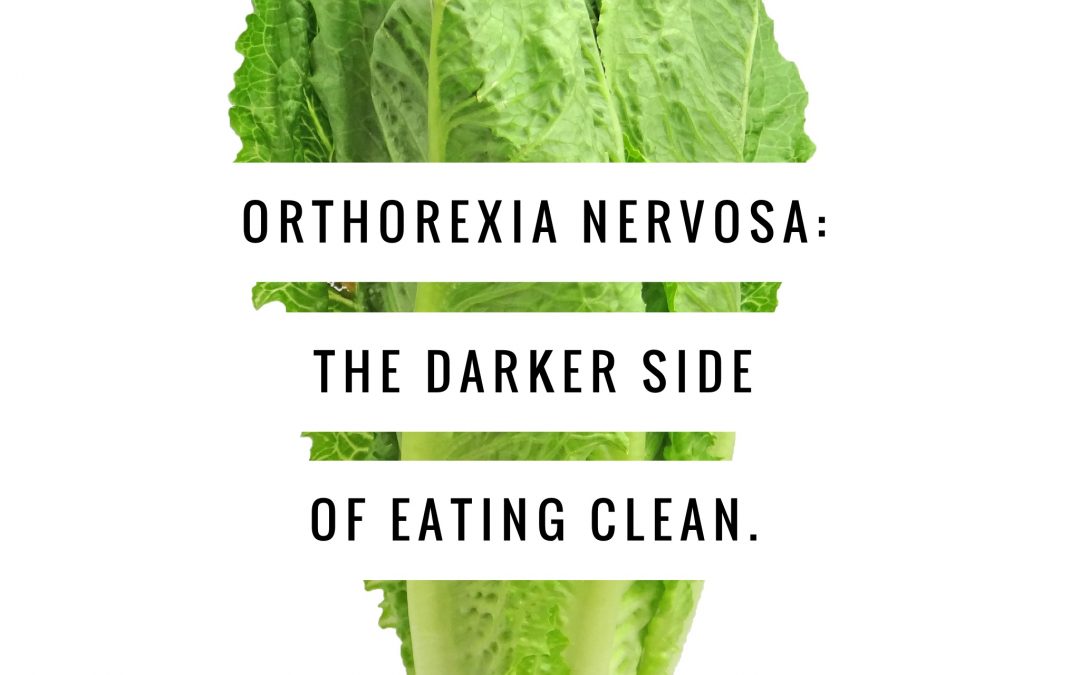 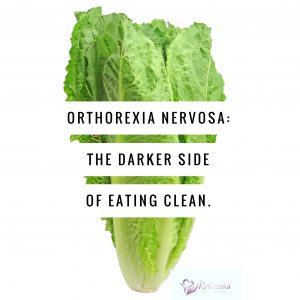 Orthorexia is it a eating disorder?

Let’s start with a brief description of what orthorexia is:              “Having orthorexia nervosa not only means that people are obsessed with eating “healthily,” but also that they have a specific attitude to food, they prepare their food in a certain way as well as avoid consumption of some foods or all of a some group of foods since they consider them to be harmful for their health. The quality of the foods they consume is more important than personal values, interpersonal relationships, career plans, and social relationships. In fact, the desire to consume healthy foods is not a disturbing behavior in and of itself, and it is only defined as orthorexia nervosa when it causes a person to give up his or her normal lifestyle. Orthorexia nervosa could not be labeled as a new eating disorder because it does not include the most characteristic symptoms of anorexia and bulimia nervosa that is immense fear of be- coming fat, extreme weight-control behavior, as well as overvaluation of shape and weight. However, since orthorexia involves disturbance of eating habits it ought to be treated as a disorder concerning abnormal eating behavior inseparably linked with obsessive-compulsive symptoms (on account of paying too much attention to consuming healthy food and constant thinking about the quality of food intake).”(Brytek-Matera, 2012)

So, if the debate centers on the fact that orthorexia behaviors are generally not driven by body image concerns, then it would be easy to make the argument that orthorexia shouldn’t be paired with anorexia and bulimia. However, I don’t know if I agree.  The mental obsession around food and what is or “isn’t” going into their bodies is as elevated as a person suffering from anorexia and bulimia.

It also brings up another great question. Are eating disorders defined only when the person has a fear of becoming fat? I have to say a big Fat No from my experience. I had a client tell me the other day that her eating disorder was a direct way to recreate trauma. In my opinion, eating disorders do not have to do with weight or body image at all. They may become a symptom of a fear, but the drive to cope with pain is usually the main trigger.

So why is it important that we discuss this at all?  Eating disorder recovery is where alcoholism was 20 years ago. The media is starting to shine a brighter light on it. Mental health is being discussed on bigger platforms and with this new wave comes new awareness, addiction titles, and addiction diagnoses. (Look at the growth of the definitions, and treatment communities.)

When it comes to orthorexia, it seems to be a socially acceptable behavior. On the outside it looks “healthy”. If one were to go on Pintrest or Google and look up holistic eating, mindful eating, gluten free, paleo, macros, really, the list would go on and on.  The nation is obsessed with these “so called healthy” lifestyles.  While, it isn’t unhealthy to want to eat well and take care of your body, it is a problem when it becomes the solution to your pain. When it becomes, obsessive and takes control of everything you once cared about, it becomes an addiction.

When I was younger, I loved to eat out with my family. We would go to a mom and pop Italian restaurant down the street. As my eating disorder grew, I eventually stopped going with my family. I claimed there wasn’t anything “healthy or clean on the menu”.  Now that I have 3 years in recovery I will go and enjoy myself. Knowing that it wasn’t the food I was running from. It was the pain and trauma the food represented. I was using an eating disorder as a way to cope with trauma and I got addicted to the behavior.

Not all eating disorders or mental illnesses can be put in the same box. The recovery and treatment for one should be based on the individual experience. I’m relieved we are in a period where we are examining and discussing these issues head on. I went to treatment in the 90’s and eating disorders had a huge stigma behind them. Getting help for one was very “hush hush” and recovery was treated more like a phase. And I didn’t grow out of it until 2014.