A Thin History Of Eating Disorders 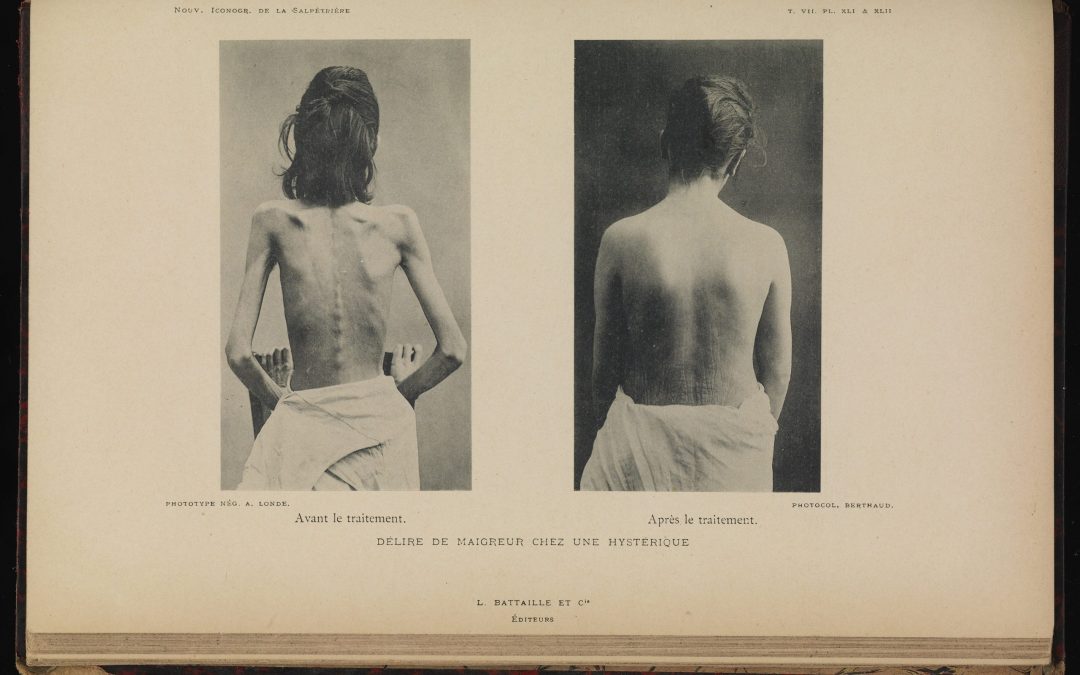 Eating disorders have been around since food, vanity, greed, and addictions. Documents of eating disorder behaviors have been found worldwide. The frequency of self-starvation and purging vary significantly across specific periods of history, indicating that certain combinations of social and economic factors often facilitate or inhibit these behaviors.
Historical evidence suggests that anorexia and bulimia have existed since at least the first century. During the time of Caesar (700 B.C.), elite ancient Romans overindulged at lavish banquets and then relieved themselves by vomiting so they could return to the feast and continue eating. Ancient Egyptians drew hieroglyphics that depicted their use of monthly purges to avoid illness. Persian medical manuscripts and Chinese scrolls originating in early dynasties also describe ailments that are very similar to conventional eating disorders. The vast body of tribal lore from Africa contains several stories concerning adults who fasted during times of extreme famine to save food for their children, and then continued to restrict their diet and were in danger of dying even after the hunger was over.
Wealthy Roman ladies of the post-pagan Christian era acting under spiritual direction sometimes starved themselves to depreciate (show contempt for) the body, which was considered evil. The first recorded case of anorexia occurred in an upper-class Roman woman who was a member of a spiritual group being led by St. Jerome. Her Gnostic religious beliefs drove her behavior.
In his book, Holy Anorexia, Rudolph Bell described European religious women of the Renaissance period, who punished their bodies by fasting to reach a higher plane of spirituality and closeness to God. Medieval societies respected holy anorexia as a sound method for cleaning a woman’s spirit. In fact, these pious women were elevated to sainthood for their extreme fasting and devotion to the church. A controversial and widely known example in Bell’s book is Catherine of Sienna (1347-1380) an Italian Catholic woman who was canonized in 1461 by Pope Pius II.

The first formal description and diagnosis of anorexia as a medical condition occurred in England during the 1680’s. Historical documents show that Dr. Richard Morton of London described his twenty-year-old patient in 1686 as “a skeleton clad in the skin.” In his work, “A Treatise of Consumption” he suggested that her sadness ate away at her. She reportedly died two years later. He also reported a young man that was “wasting away due to emotional turmoil.” This patient made a full recovery after he got some rest and moved away from the city.
Sir William Gull, a physician to England’s royal family, was the first to characterize anorexia as a disease different from religious hysteria or biological eating problems. Although he felt that the condition arose from a mental state, he did not believe that patients suffering should be treated as mentally insane. He addressed the young women who came to him by prescribing force-feeding, moral teaching and a change of scene. In October 1873, he presented his ideas in “Anorexia Hysterica” to his colleagues in the Clinical Society of London, and named the malady anorexia nervosa, meaning loss of appetite.
At the same time, French psychiatrist, Charles Lasegue, described anorexia from a social and psychological standpoint, emphasizing the role of the family. He believed that anorexia was a disease that could develop only in comfortable homes with an abundance of food. At meals, children were expected to eat everything on their plates, making meal times stressful and leading some children to refuse to eat as a form of rebellion. Dr. Lasegue also postulated that women, who found their lives suffocating and could not display emotional distress, protested by not eating.
Medical symptoms of bulimia were not widely discussed until the early 1900’s. This disorder was first described in medical terms in 1903 in “Obsessions et la Psychasthenie,” where Pierre Janet discusses Nadia, a woman who engaged in compulsive binges in secret.
As the previous information suggests, anorexia and bulimia were initially thought to be physical diseases due to a medical condition. Researchers attributed these disorders to hormone imbalances and endocrine deficiencies. Simmond’s disease, a lack of pituitary gland functioning, dominated popular conceptualizations of the time. Physicians also thought at one time that anorexia was a form of tuberculosis.
It wasn’t until the 1930’s that the medical community began to understand that the causes of these troubling eating disorders were in part psychological and emotional rather than wholly physical. The case study of Ellen West (1930-1933), provided further support for this shift in thinking. This paper presented Ellen’s perspective, describing her desperate obsession with food and thinness that eventually led to suicide. It is understood today that eating disorders have multiple and complex causes. Biological, social and cultural, psychological, and family factors may combine to contribute to the development of these disorders.
Roxanne S. and two other women created OA (Overeaters Anonymous) in January 1960. Following the success and popularity of Alcoholics Anonymous (AA), OA was formed to help people suffering from compulsive overeating, binge eating, bulimia, and anorexia. Although it wasn’t until the 1990’s, that binge eating disorder was first recognized as a formal diagnosis. Before 1992, when binge eating disorder was officially “introduced” at the International Eating Disorders Conference, individuals with this type of behavior were labeled emotional overeaters, compulsive overeaters, and food addicts.

In 1978, Hilde Bruch’s The Golden Cage was one of the first books to suggest that eating disorders were becoming a serious problem. “The Best Little Girl in the World,” a movie released in 1985, gave the average person a glimpse of what it was like to have an eating disorder. During that same year, the high profile pop singer and composer Karen Carpenter died from heart failure brought on by her anorexia nervosa. Other famous icon’s that helped pave the way for eating disorder awareness are Princess Diana, John Lennon, Alfred Hitchcock, Amy Winehouse, unfortunately, this list can go on and on.
The current study indicates that eating disorders are likely the result of a combination of genetics and environment. While environmental factors alone cannot cause an eating disorder, many people have pointed to the role of social pressures for thinness as an influence that can have an impact on individuals who may be genetically predisposed to eating disorders.
It is not surprising that the worth society places on being thin and “beautiful” can impact those already at risk for eating disorders. In the United States and Europe, for example, men and women are given the message at a very young age that to be happy and prosperous, they must be thin and fit. These areas have abundant access to media, t.v., internet, magazines, movies, etc.
The one common thread that history has pointed out is that since the dawn of time, there has been a “self-worth” puzzle. Eating disorders feed on and progress when there is a lack of self-worth. It is not about food, and it is not about body image, it’s about not thinking you are enough.